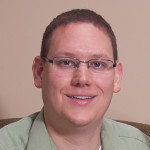 I have a proven ability to understand business needs, identify ideal matches to fulfill those needs, and strategize execution with excellent cost to benefit ratios.

I'm a natural, strong, and effective leader and manager, with the proven ability to motivate teams to create and follow a shared goal, and to extract maximum commitment and talent from people.

My knowledge and skills cover the entire technology stack, from clients to servers and from engineering to development.

Please check the sections on the side to learn more about me or to contact me.

This page lists some of the major projects I've lead, with a short summary for each. More information is available on request.

Manager ReadMe
Video at Power (timecode 0:25)
Video at WebstaurantStore
Volitans Software (Company I Founded)
My wedding site I designed with a template

I'm always open for discussion about any topic. Use the below information to get ahold of me. Email is best.

Send me a message

Thanks for sending your message! We'll get back to you shortly.

There was a problem sending your message. Please try again.

Please complete all the fields in the form before sending.